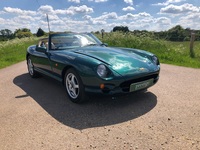 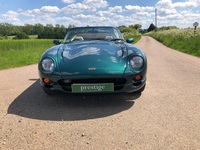 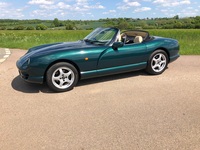 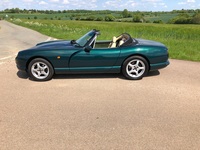 TVR manufactures high end sports cars, and it is known for some absolute classic cars in its long history, as well as some contemporary vehicles that car collectors clamour to drive.With a range of cars including the TVR one, Two and Three, TVR set itself on a path. These cars coupled design with performance. You didn’t so much see a TVR turning up as felt it.Then came the Sports Saloon, a car that was driven in competition as well as on the road, followed by the Jomar with its unique styling.The Griffith brought incredible acceleration from itslargeengine, a Ford V8. The same engine was then usedin the Trident.The Vixen series was built using the company’s ownfibreglass bodies andit sold well.The 70s saw the M Series and the Tasmin debut anda lull in production as tussles over ownership ensued.However, owning a TVR is seen as a mark of a true sports car enthusiast. Call 01284 810 411 to find your next usedTVR, or come and visit us at our showroom -Prestige Vehicles in Suffolk